Africa: “World Day of Education for Peace” can play a central role in transforming education 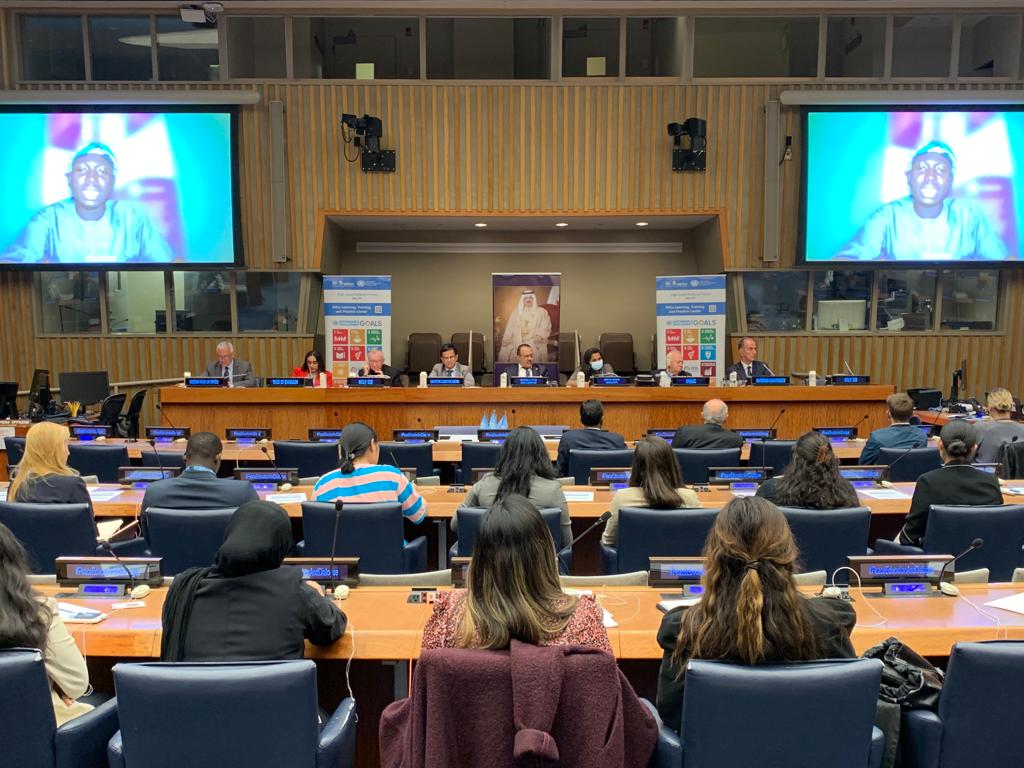 Remarks by the High Representative during the UNITAR event on the theme “Peace, education and dialogue”

New York — Barely a week ago, the international community commemorated the adoption of the United Nations Declaration and Program of Action on a Culture of Peace, a monumental document that transcends borders, cultures, societies and nations.

This inspiring action took place on September 13, 1999, yes 23 years ago. It was an honor for me to preside over the nine-month negotiations that led to the adoption by consensus of this historic normative document by the United Nations General Assembly. This document affirms that inherent in the culture of peace is a set of values, modes of behavior and ways of life.

The quest for peace is the longest ongoing human endeavor, but it goes hand in hand with many things we do every day. Peace is an integral part of human existence – in everything we do, in everything we say and in every thought we have, there is a place for peace. We must not isolate peace as something separate or distant.

My work has taken me all over the world. I have seen time and time again the centrality of the culture of peace and women’s equality in our lives. This awareness has now become more relevant in the midst of the ever-increasing militarism, militarization and militarization that is destroying both our planet and our people.

In my introduction to the 2008 publication “Peace Education: A Pathway to the Peace Culture,” I wrote that, as Maria Montessori put it so well, those who want a violent way of life prepare young people for it; but those who want peace have neglected their young children and adolescents and in this way are unable to organize them for peace.

However, the past decades of violence and human insecurity have led to a growing awareness in today’s world of education that children need to be educated in peaceful ways of life. The task of educating children and young people to find non-aggressive ways of relating to one another is of paramount importance.

As a result, more and more concepts, values ​​and social skills related to peace are integrated into school curricula in many countries.

Peace education must be accepted in all parts of the world, in all societies and countries as an essential part of creating the culture of peace. To effectively meet the challenges posed by the current complexity of our times, today’s youth deserve a radically different education – “an education that does not glorify war but educates for peace, non-violence and international cooperation”.

They need the skills and knowledge to create and sustain peace for themselves as well as for the world they belong to. Learning about the culture of peace with the potential for personal transformation should be integrated in all educational institutions as part of their curricula and it should become an essential part of our educational processes like reading and writing.

All educational institutions must provide opportunities that prepare students not only to live fulfilling lives, but also to be responsible and productive global citizens.

Often people wonder whether to introduce peace education when the child is very young. I believe quite strongly that all ages are appropriate for such an education – only the teaching method should be age appropriate.

For the youngest, this teaching should include audiovisual aids and interactive exchanges. Teaching the value of tolerance, understanding and respect for diversity among school children could be introduced by exposing them to various countries of the world, their geography, history and culture.

For starters, an informal lesson format might help. Such a format could even be included in any of the existing arrangements that involve social studies or general knowledge courses.

In addition to expanding students’ ability to understand issues, peace education should particularly aim to empower students, appropriate to their individual levels, to become agents of peace and non-violence in their own life as well as in their interaction with others in all aspects of their lives.

Targeting the individual is significant because there can only be true peace if the individual mind is at peace. Linking the role of individuals to larger global goals, Dr. Martin Luther King Jr. asserted that “An individual has not begun to live until he can rise above the narrow confines of his individualistic concerns for the larger concerns of all humanity”.

Peace education is most effective and meaningful when tailored to the social and cultural context and country needs and aspirations. It must be enriched by its cultural and spiritual values ​​as well as by universal human values.

It must also be globally relevant. Indeed, such peace education should be more aptly called “global citizenship education”.

The United Nations 2030 Agenda for Sustainable Development in its Sustainable Development Goal (SDG) number 4 and target 7 includes, among others, the promotion of a culture of peace and non-violence, women’s equality as well as global citizenship as part of the knowledge and skills needed to promote sustainable development. It also calls on the international community to ensure that all learners acquire them by 2030.

Recognizing that education is a foundation for peace, tolerance, human rights and sustainable development, Secretary-General Antonio Guterres convened a Transforming Education Summit (TES) which concluded yesterday in the UN. Its three core principles are: Country-led, Inclusive and Youth-inspired.

Let me conclude by emphasizing that the role of education should be to encourage young people to be themselves, to build their own character, their own personality, rooted in understanding, tolerance and respect for diversity and in solidarity with the rest of humanity. This is the meaning of the culture of peace. It is not something temporary or occasional like resolving conflict in a region or between communities without transforming and empowering people to sustain peace.

Get the latest African news straight to your inbox

We need to confirm your email address.

To complete the process, please follow the instructions in the email we just sent you.

Peace education must be transformative, forward-looking, adaptive, holistic and, of course, empowering.

Decide, during this conference, to campaign for the proclamation by the United Nations of a World Day of Education for Peace in order to transform the role of education in the adoption of the culture of peace and global citizenship – as emphasized by the United Nations – for the good of humanity, for the sustainability of our planet and to make our world a better place to live.

Ambassador Anwarul K. Chowdhury is founder of the Global Movement for Culture of Peace (GMCoP), Permanent Representative of Bangladesh to the UN (1996-2001) and Under-Secretary-General and High Representative of the United Nations (2002-2007 )

This article is based on a presentation made by Ambassador Chowdhury as a distinguished speaker at the second conference on World Peace Education Day on September 20, 2022.